This past year, I have made a conscious effort to utilize the growing stash that is forming.  I don’t mean the stash of yarn waiting to be worked on with particular projects in mind, I am meaning the remnants or leftovers of yarn from already completed projects.  I call the first the stash and the latter, the remnant stash.   To help me think how I could utilize these scraps, I have organized them into bins according to their weight.

I do not necessarily remember the weight of all the yarn I’ve used therefore I rely heavily on the yarn bands that is full of information about that yarn.  I never throw those bands out!  When I come across a pattern whereby I think I can use some scraps of a particular weight, I pour those balls of yarn out onto my work table and play.  It is in this way that this fair isle coat came to be.

Appreciating the adorable little flower motif in Yoko Hatta’s fair isle coat as seen in Vogue Knitting, Fall 2013 (I think because the little design is so similar to the motif in our oriental carpet border in our living room) 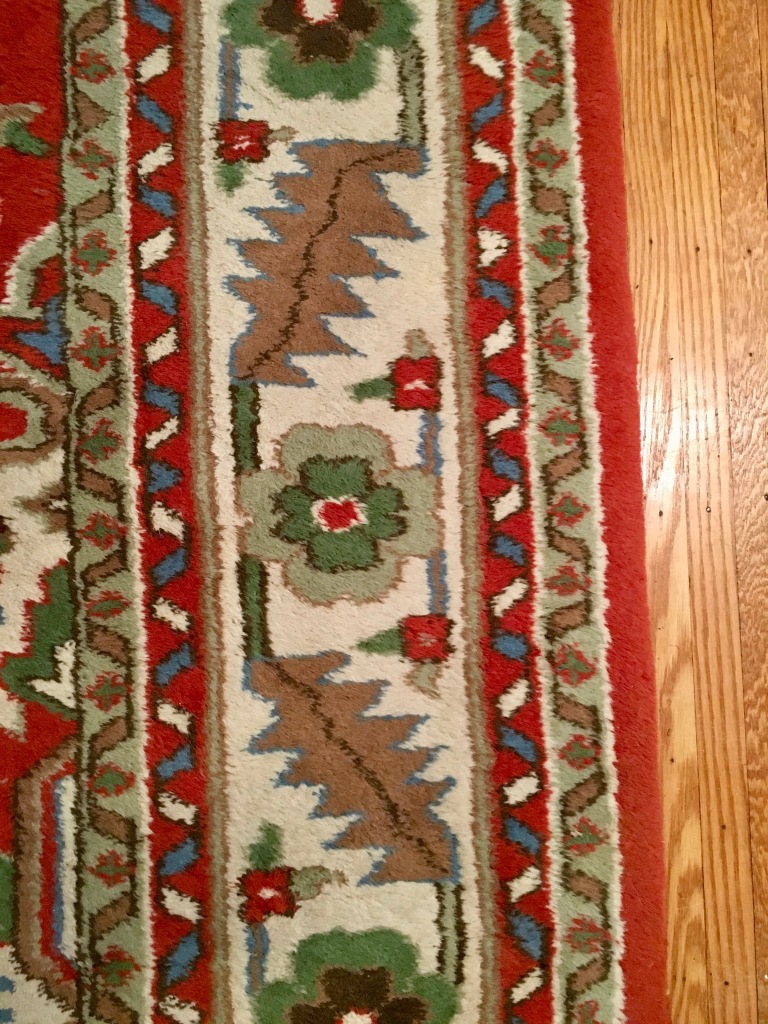 and seeing the pattern was calling for worsted weight, I pulled that particular bin and poured out the contents.  I began pairing darks with lights and guessing yardage of each color.  I just played forming different pairs.

I noticed how some of the color combinations were more pleasing to me than others.  I tend to prefer a brighter combination rather than a muted one.  I had quite a bit of the apple green so, really without too much thought, it naturally became the border.  (I knew I needed quite a bit for the wide borders.)  I think sometimes playing with color with one’s remnants is easier than if the yarn were from a store because you are limited with what you have.  Stores full of color can be overwhelming;  they are to me. 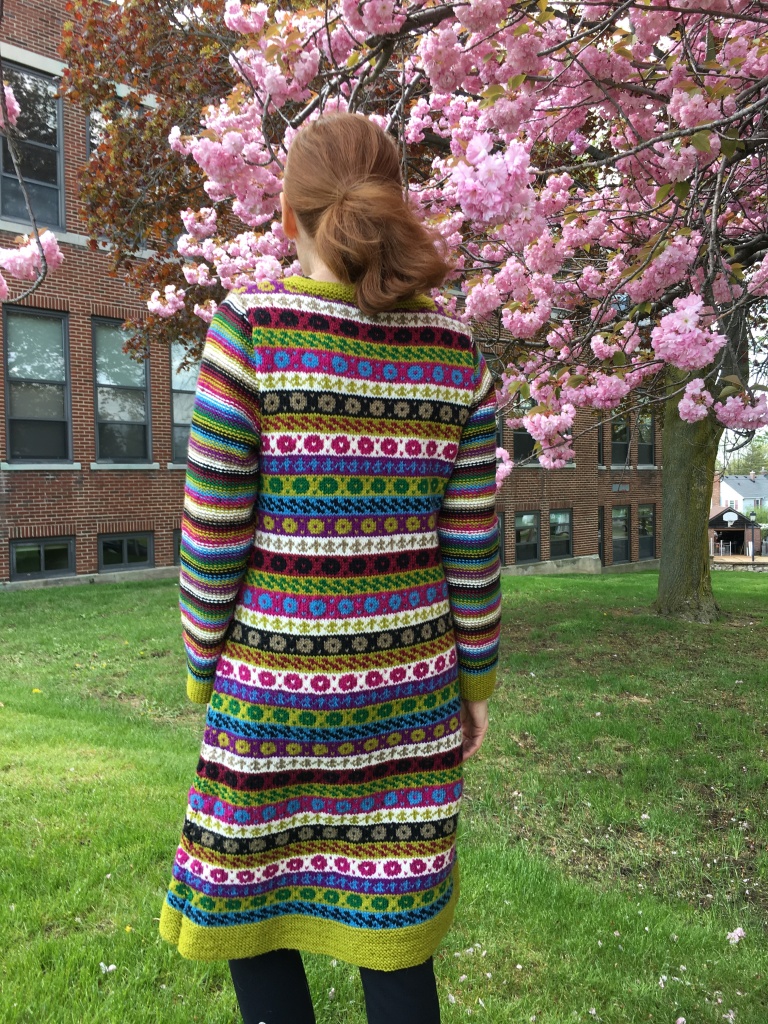 I began knitting a gauge, well, maybe two or three.  I took particular notice of the fabric I was creating like I always do which is the purpose of a gauge but also took time to notice if I liked the color combinations.  I switched them around a few times until I found a look I liked.

A side note:  Here I am note making to guide the shaping. 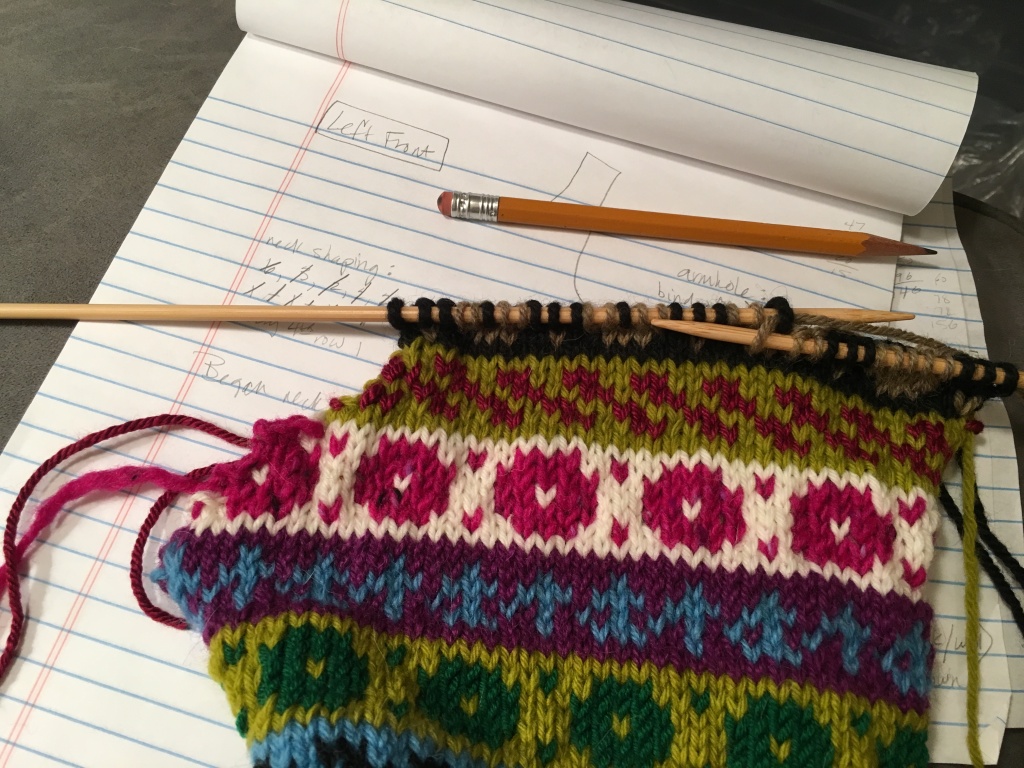 The pattern consists of 12  2-color patterned stripes that repeat.  I knitted it in pieces and then seamed the pieces together as I wanted the stability that seams provide and also, to accentuate the A-line shape of the coat.  If it had been knitted in the round, it would have given the body a rounded look.

Tips on the band and buttonholes ~

The front bands are knitted by picking up stitches along the front edge and then knitting them, in this case, k every row.  The buttonholes are done in one row, are stable and confident following the directions on my cheat sheet below.  You will notice the reference is from VK, 1985. 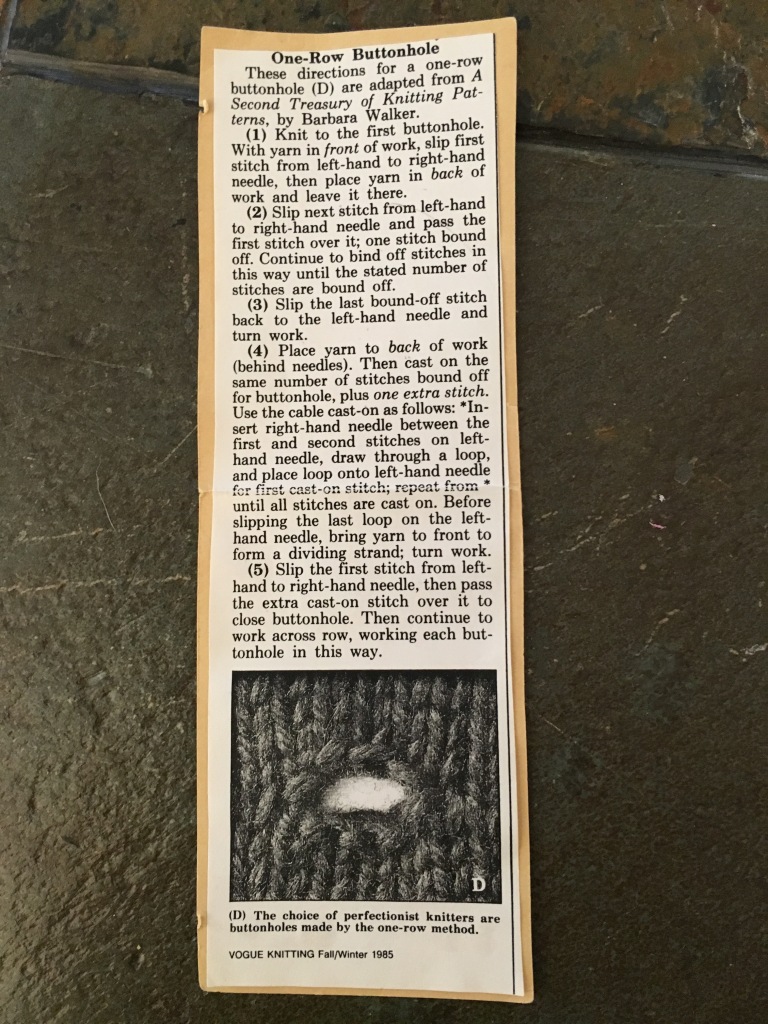 That means the buttons will not pop out.  They are also NOT done in the middle row of the band but closer to the seam.  That means the band is wider from the button hole to the edge allowing more fabric to prevent gaps.  Also, there are many buttons/buttonholes to keep the distance from one another closer.  All this attention will prevent those nasty gaps, both horizontal and vertical.  The buttons are from my button collection

and are sewn on with split yarn so that the ‘thread’ through the buttons matches perfectly as it is the yarn used in the piece.

The scraps or remnants came from these projects, completed in the last 5 – 8 years. 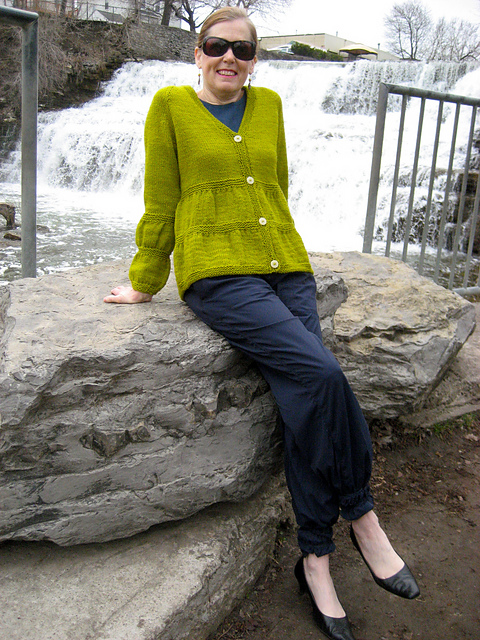 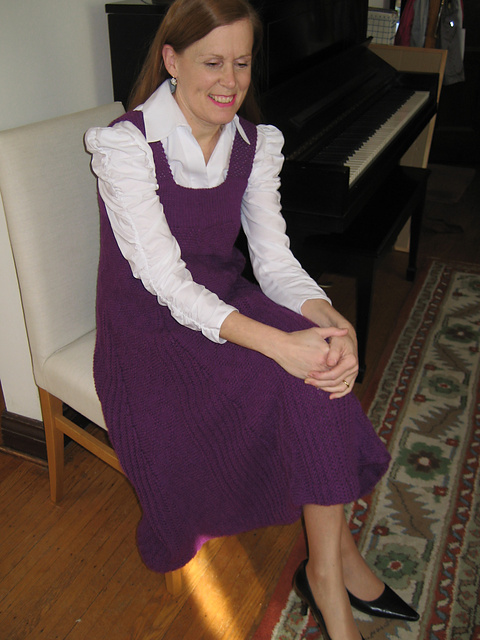 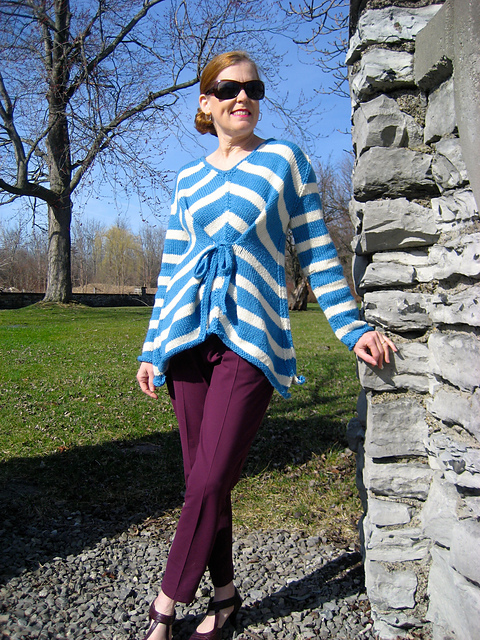 A word or two about the photo shoot . . . I cannot thank my dear friend, Gina enough for stepping in as photographer while hubby recuperates.  Gina has graciously taken these photos in and around the University of Buffalo’s campus as well as near a beautiful flowering apple blossom tree on the front lawn of a school my sister attended.  Attempting to make these particular locations meaningful, this shoot continued on that journey.

The pattern is everywhere!

And, here you can see the cornerstone of the once Cantalician Center. 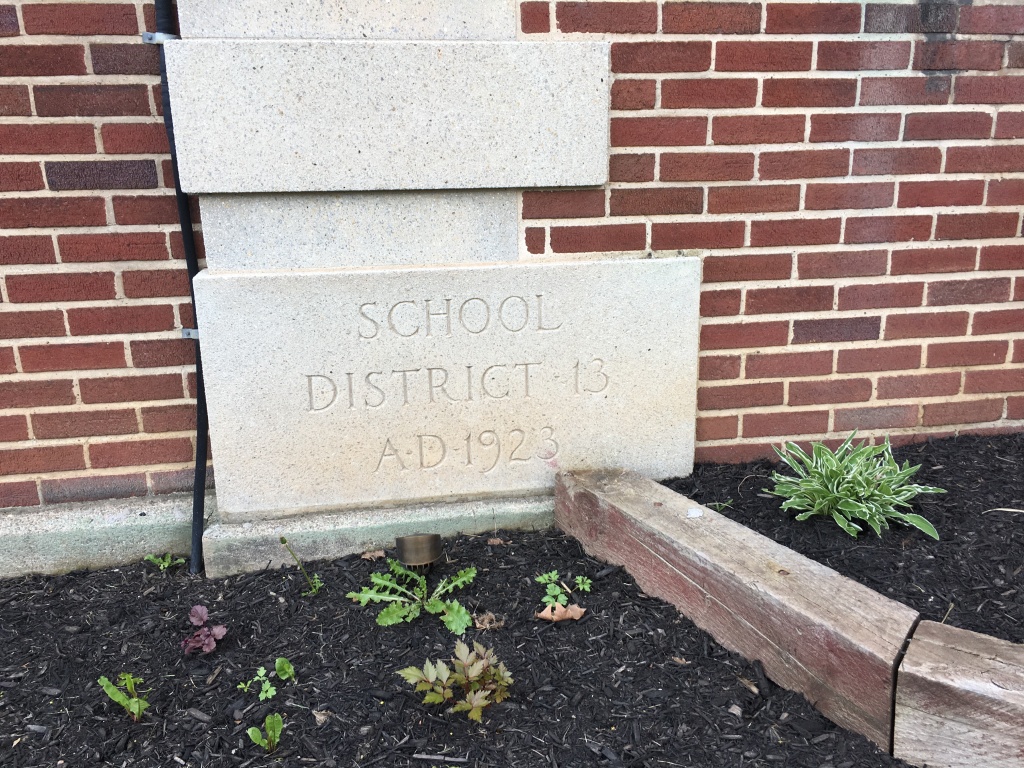