Ode to a Crow

As summer is coming to a close, I pause to reflect.  I can usually identify something, possibly an event or a person who stands out as a symbol of a summer gone by.  Just a bit of memorabilia, to file away to recall a specific time.  I remember the summer of the hawk, the season of rats (sorry, but true) followed by bats, and this summer’s highlight, a crow.

It is curious how wildlife seems to be the recurring theme, but I suppose the warmer weather of the summer season brings out not just us folk, but the creatures who live among us, as well.  The story of the crow turned out to be quite controversial and continues to linger in my mind which is probably how and why it has been given the honor of highlight  of this summer.

The story is really quite simple.  We are early risers, getting ready for the morning’s activity which was actually to be a photo shoot for a recently completed knitting project.  Mornings are always best for this due to the natural serenity of that part of the day.  7:30 am, heading to the car, our attention was diverted to some movement we were seeing near the brush.  Upon investigation, it became clear that we had a crow with a broken wing on our front lawn.  Without thinking twice, we immediately called animal control, it was scooped up in a box, and taken away.  End of story.  Such a simple story, we thought and were quick to share with neighbors.  Well, that is where the controversy began.  We were asked why we were giving such consideration to a crow when they are so loud and regularly attack small rabbits and songbirds?  Others thought, a crow, who cares?  Later that morning, we found out that other neighbors, people who are professional animal caretakers, knew a crow was down the night before and did nothing about it.

I was and continue to be bothered by this story.  Maybe because of the lack of insensitivity of some or the lack of caring of others, or maybe it was the mockery we endured due to our actions.  And, oddly due to my recent accident, I am in the crow’s situation.

Broken wing, fracture in foot.  We both needed some sort of rescue.  We both became defenseless and frightened. Neither one of us could go on in our natural, desirable ways. I am not naive and realize its capture (by us) likely led to its demise albeit in a humane way (I would like to think) while the intervention I am receiving will ultimately lead to my full recovery and find my way to my favorite things once, again.

So, whether it be the controversy or the connection, this crow will be one such memory for the summer of 2012.  Could next year be the summer of the squirrel?

Holly knits with grit and believes a happy life is a well balanced one. View all posts by Holly 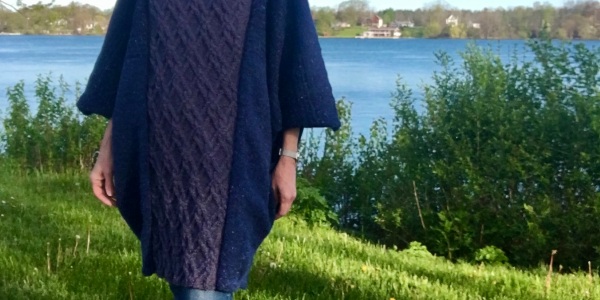 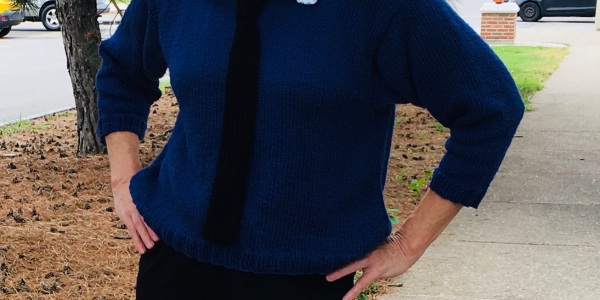 Borrowed from the Boys

Relationship of fabric to design